Called to the City 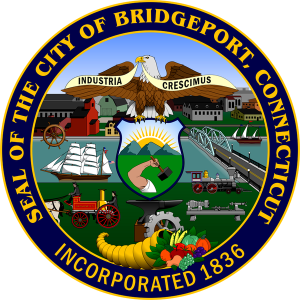 Now the word of the LORD came to Jonah the son of Amittai, saying, “Arise, go to Nineveh, that great city, and cry out against it; for their wickedness has come up before Me.”

Jonah was called to go to the great city of Nineveh with a message from God. The city was important to God, because it had over 120,000 residents who in God’s eyes were like little children, unable to discern between their right hand and their left. Jonah however ran the opposite way, and it took a great wind, a crew willing to throw him overboard,  and 72 hours in the belly of a big fish to get him back on track, and deliver an important message.

Our church was sent to the city of Bridgeport in 1992 with a message from God: The message of hope and plan of Jesus Christ. Like Nineveh, Bridgeport is also a great city and important in the eyes of God. I personally believe Bridgeport is a strategic city; the bridge to the Tri-state area and the port to New England. According to recent statistics the city has a population of approximately 146,000 people, and God has a message they need to hear. Just to make it clear all those people are too many for just one church, so we understand that we are not the only church called to Bridgeport.

Like Jonah, we might get to a point that we start running the opposite way. The reason can be caused by fatigue due to the work of the ministry, a resentment we’ve developed over time towards the people we are called to reach, we are getting preoccupied with our good intended but self-centered plans, or because of entitlement; we expect a certain result just because we are where God called us to be.

Maybe it doesn’t take for us to be inside a big fish for a couple of days, or have a few scared guys ready throw us overboard. For me it took some frustration, a podcast, a couple of pastor friends in the city, and the loving rebuke of one of our elders to get back on track.

This has been my prayer for the last few months, and I encourage you to pray it too:

Filed under "I will build My church", Church of Champions, Urban Ministry